We recently released the cassette version of Iron Kingdom's "Curse of the Voodoo Queen" and "Gates of Eternity". As we've been blown away by the band's awesome sound, we decided to get front man Chris Osterman to tell us about their albums and the band itself.

First, can you give a brief history of the band?

Iron Kingdom is a Traditional / Power Metal band which started when my previous band wanted a name change and a new mind set, in June of 2011 Iron Kingdom was born.  Amanda, Leighton and I started the band and we recorded our debut album 'Curse of the Voodoo Queen' using the tracks from our previous band (which no longer exists).  We found Kenny shortly after recording the debut album, and he's been with us ever since.  Iron Kingdom did some touring and a music video for the song 'Voodoo Queen' and then went right back to the studio for 'Gates of Eternity' which we released in April of 2013.  We've toured parts of the USA, and most of Canada is in support of it so far, and with us being confirmed for KEEP IT TRUE Festival 2014 in Germany, Europe is just around the corner.

We just released both of your albums on cassette-What are your thoughts on the format? Do you feel it's superior to other formats and if so why or why not?

Yes you have! We thank you for it!  I think there is a certain element of the 80's that would be missed without Cassettes. We already have CD's and have been wanting to release on another format for quite some time now. Unfortunately our albums are too long for printing Vinyl at an affordable price so at this time Cassettes seemed appropriate for the band.

What inspired you to play traditional metal?

Just the fact that it's awesome!  I mean it's fun, heavy and there are so many directions you can take it.  It is my personal favourite sub-genre, along with power metal.  It also has an element of a theatrical stage show unlike many other genre's that make traditional metal exciting and over the top.  My first real metal show was watching the Scorpions perform, and I could only dream of giving someone else a performance like they did, so here's one step toward that dream.

How's the music scene in Vancouver? Any local bands you'd like to mention for the readers to check out?

The local scene in Vancouver can be somewhat rough, there aren't too many metal heads in the area that appreciate power / traditional metal, but the ones that are around are very supportive and make it all worth it.  I would say check out Unleash the Archers or West of Hell, and if you like prog metal then OmnisighT.  There are definitely some killer bands in the area, it's just too bad there aren't more old school metal heads to enjoy the ride!

Thank you for having this interview with me and for helping us spread the word of Iron Kingdom!  United we can show the world that metal rules the land! \m/

You can find out more about Iron Kingdom at: www.facebook.com/ironkingdom  -- or -- www.iron-kingdom.com

Preview of our next two Black metal release. They are both from the Brazilian black metal band Old Throne. 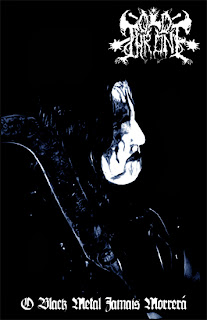 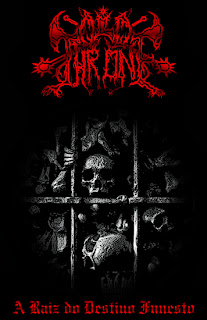 Old Thorne - A Raiz do Destino Funesto
Originally self-released in 2011 on CD-r and cassette.
Soon to be re-leased on tape 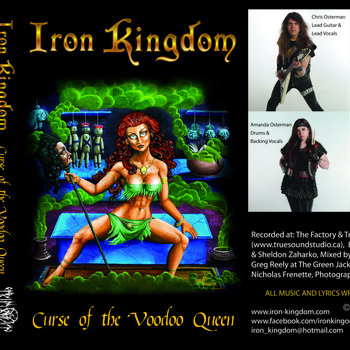 To stream and purchase the album, visit our Bandcamp site here
Posted by Unknown at 5:50 PM No comments:

The buzz on the  band has been building, so we decided to check in with Marco and ask him a few question about the upcoming vinyl release.

Tyrants Blood have built a solid reputation in the underground due to the high quality of your previous releases. What sets "Into the Kingdom of Graves" apart from its predecessors in your opinion?
Well ,as with every release we do, we try to improve of course. I would say we evolve naturally and try not to force things too much, but with every year we are able to perform at a higher level than the previous.So, with the new album we hope that it's an improvement, and I believe it is.

You somehow managed to make the album sound even more intense than its predecessors. Was the approach to song writing different this time around?
We didn't really go about trying to make things heavier,  faster or more intense, the end result is just that way. As we were writing we pretty much let the reigns go even though it hadn't been a conscious decision. I think  because of the amount of time we've been together, we were able to let loose and come up with some new ideas and basically end up with the final piece here.

The vinyl version of the album will be available in about a month. What do you feel are the advantages of hearing the band on vinyl vs. CD?
Vinyl will always be the greater version of every recording and release in my opinion. The artwork should accompany the music ,and with this album it certainly does. It is the timeless experience isn't it? Since the invention of the lP, it has been hands down the best way to enjoy your music.Itunes, cd etc, all great, but they do not touch ,or even come close to the full experience of owning the artwork in its best and greatest form.

The artwork on the album is fantastic! Can you tell us a bit about it and how you ended up choosing it?
The song was something I had written quite late as far as the album's music went. As we were putting it together, we all agreed that the title of the song would be a great name for the album, because it did really sum up the lyrics and music pretty well up to that point. Vince really liked the idea and had this great concept for the artwork.

We then contracted it out to my good friend, the great master Paolo Girardi from Parma Italy-We had told him about the idea and we sent him Vinnies sketch. He liked it so much he stayed up all night, archiving his work with photographs. By morning he had the album on canvas, in oil, sent me the copy, and it is the best piece of artwork I have ever been a part of.I own the master proudly, it is glorious.

Anything else you would like to say?
We are Tyrants Blood. All power to the undeground,the extreme maniacs,hell bangers, witches, destroyers and black metal skinheads .We breath death and hellfire, until we bleed like rain, blood in blood out.

The limited vinyl edition of "Into the Kingdom of Graves" is available to pre-order NOW here: http://tridroid.bandcamp.com/album/into-the-kingdom-of-graves
Posted by Unknown at 8:55 PM No comments: 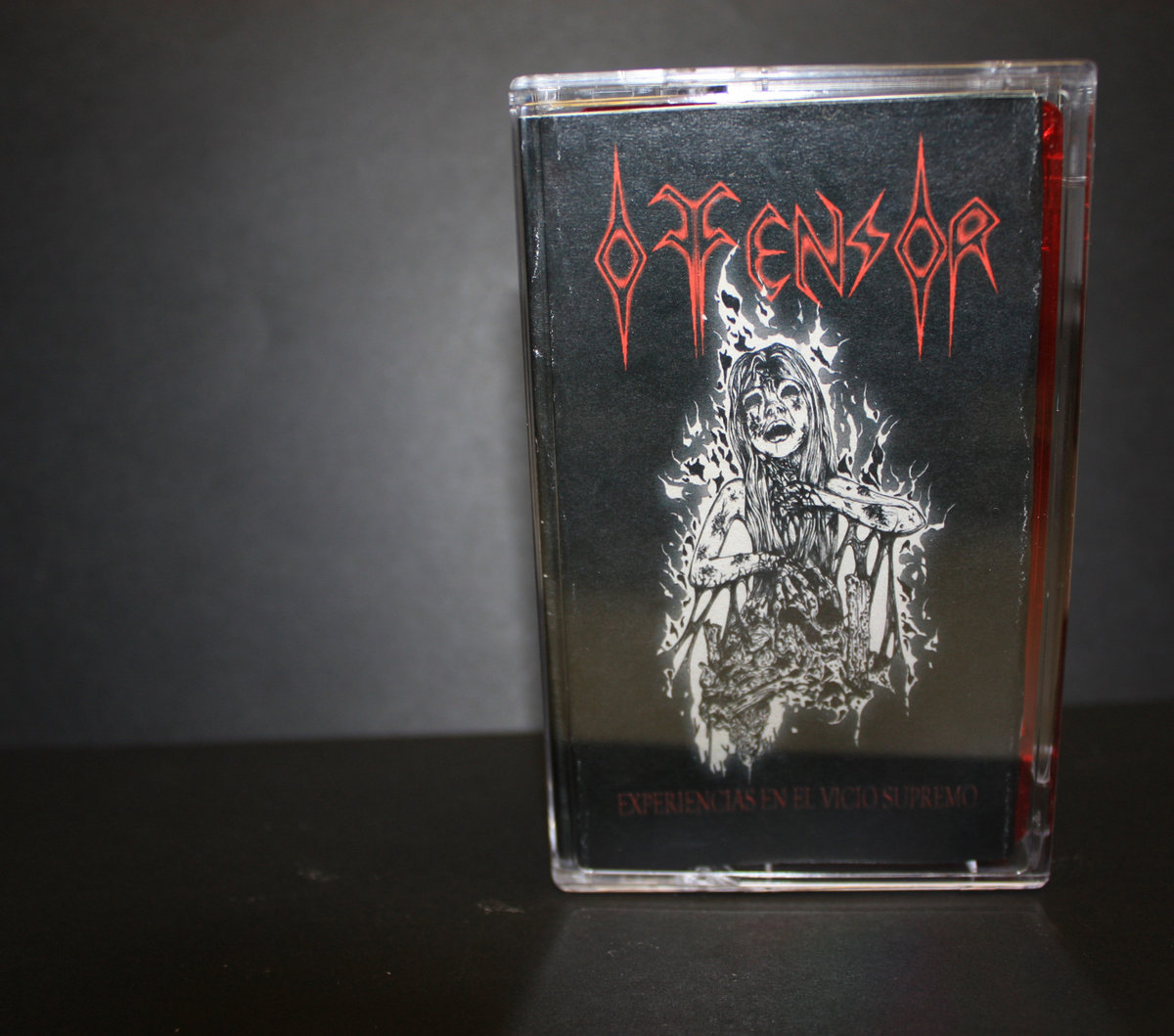 You can buy/stream the album on our bandcamp page. For only $1
http://tridroid.bandcamp.com/album/experiencias-en-el-vicio-supremo 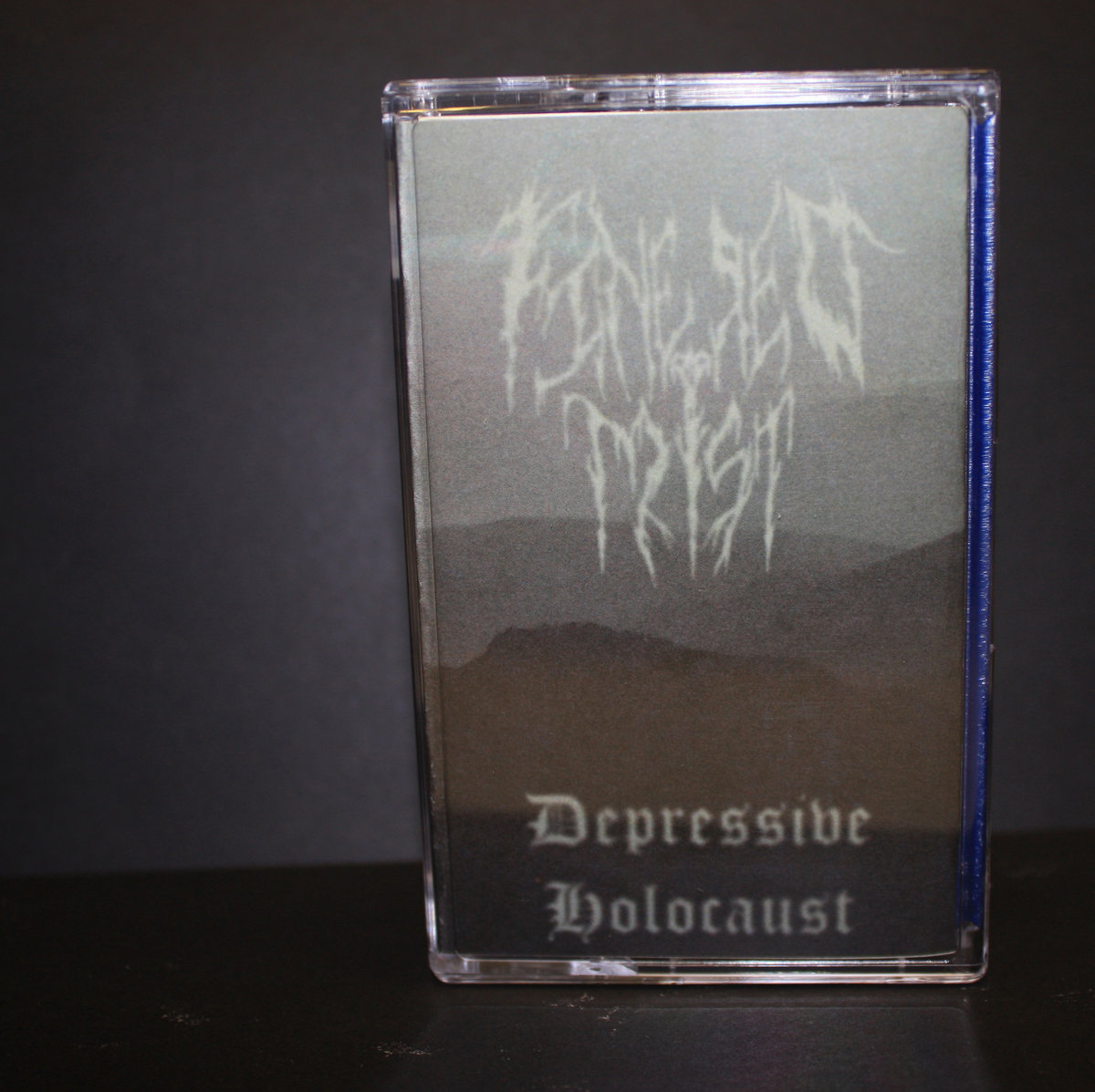 Fine Red Mist - Depressive Holocaust
As you can tell just by looking at the cover, this is Depressive Black Metal.
This is the first demo from this band and features 4 tracks.

You can buy/stream the album on our bandcamp page. For only $1
http://tridroid.bandcamp.com/album/depressive-holocaust
Posted by Malinku at 1:13 AM No comments:

Site is getting updated so just ignore the black things and other weird stuff.
Posted by Malinku at 12:59 AM No comments:

Tridroid Records is an independent metal distribution label based out of St. Paul, Minnesota. Tridroid produces and distributes limited quantities of cassettes for bands of all shades of metal.All releases are limited to 100 copies (may change depending on demand). All printing and dubbing is done in-house. We can do up to a 120-minute release with up to a three-fold color booklet and printed cassette labels.Inquire about working with Tridroid Records on your past or previous release(s)! Contact us via Facebook, phone or e-mail. Please include your band's name, information about your release and (if applicable) samples of your band's sound.